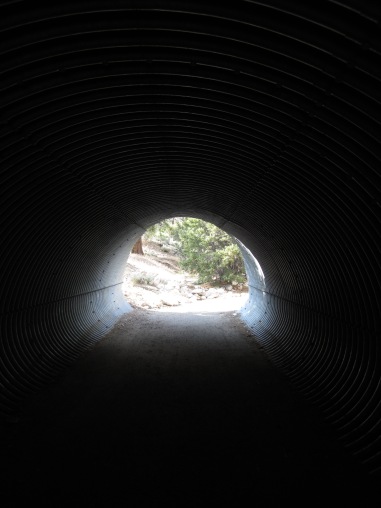 The light and the dark exist simultaneously

We crave a world of either/or, but the Dream says, Both/and. We build a wall between our social persona and our inner selves; the Dream bids us, Demolish it. We wish to believe we’re separate from one another, but the Dream insists, We are in this together. We are pleased to believe Time is a one-way river from past to present to future, yet the Dream reveals, All three times flow into one. We wish to seek pure virtue and avoid all stain, but the Dream avers, The dark and the light are braided and bound.

Working with the shadow aspect can be both tricky and transformative. To see, acknowledge and embrace the shadow side within, allows you to truly know and reconnect with your true self, while helping you to honor the relationship you have with self, others and the Oneness of All That IS – in essence it reveals your spacial grandeur and cultivates loving empowerment.

At a time when many are making huge shifts in their life, a very important aspect to creating the new in authentic wholeness and harmony with everything, is in reclaiming these shadow aspects of yourself. Mirror work provides powerful perspective as to the inner environment you are trying to shift and reclaim. Accepting and understanding these parts of yourself truly can make a difference in the creation and experience of your reality.

I started this post off with a quote from March Barasch’s book, Healing Dreams, and to continue with the topic of integrating the shadow, I’d like to share some excerpts from his book that provide insightful perspectives that can create powerful change in your life. His book focuses on new methods of dreamwork to unlock mysteries to your greatest potential. However, his chapter on Healing the Shadow, while focusing on shadow dreamwork, holds the same insights and tools that can be used in waking life as well, for what we experience within and without:

People who consider themselves spiritual often equate the good with what is beautiful and harmonious, forgetting that there is such a thing as an ugly truth. An image the ego finds most bitter may be the best medicine for the soul. A friend of mine named Maureen, a spiritual seeker for some forty years, was deeply involved with an esoteric group. “I was trying tremendously hard to follow all the tenets,” she told me, “which said that I was an unawakened person, just a collection of jumbled parts that might someday, if I did everything right, become enlightened.” After a few years on this path, Maureen’s quest for illumination culminated in a powerful dream. One of her teachers appeared in the form of “a majestic clock, so enormous it stretched all the way up into the heavens.” But when she asked to see herself in the dream, to her disgust, “I was shown a steaming turd! This did not help my sense of worthiness.”

She was repulsed and discouraged. It was only months later that she had a sudden insight that yielded a deeper, more affirmative meaning: “I realized the dream was saying my teacher was entirely mechanical, while I had within me the beginnings of organic life.” What had first seemed a dark verdict passed upon her now liberated her to leave the group and find her own path. She had discovered in herself the fertile humus – what the old alchemists called the prima materia, the raw material – that is the very basis of all real growth yet is the despised thing thrown out on the compost heap.

Her story is reminiscent of a Sufi teaching tale of Ibn al-Imad: “One day I was carrying something disgusting in my hands. My companions imagined I was carrying it with the intention of mortifying my soul, because in their eyes I was much too lofty to stoop to carrying such a thing. I replied that it was simply that I saw that God did not disdain to create such a thing. How then was I to disdain to carry it?”

But most of us disdain to carry that part of ourselves we deem most unworthy. Instead, we deny it, project it upon others, pretend it doesn’t exist – anything so as not to feel its coiling presence in our soul. It is as if a bloated corpse had bobbed to the surface of the river of consciousness, and we scramble to marshal our alibis – I wasn’t even there; I had nothing to do with it – despite the fact that now its head, hair still wet, lies upon our sweat-dampened pillow.

…Given its ever-challenging appearance, it is no wonder we are literally scared of our own shadow. We may try to flee, but this rejected other remains at our very heels. Our shadow figures – be they demons, grotesques, low-lifes, wild animals, kidnappers, or killers – are carriers of qualities we need to acknowledge. We apprehend them as destroyers, but they may be deliverers, redressing the imbalance between the ego and the raw powers of life. Without them, we would be doomed to superficiality, to that spiritual consumerism that buys into only what looks flattering in the mirror. Writes the analyst Marie-Louise von Franz: “We need a shadow. The shadow keeps us down to earth, reminds us of our incompleteness, and provides us with complementary traits. We would be very poor indeed if we were only what we imagined ourselves to be.”

The emotionally fraught dynamic between self-image and shadow springs to life in the classic Dr. Jekyll and Mr. Hyde…A more fruitful experiment might have been for the physician to heal himself by absorbing some quality of his hidden sexuality and his anger; to abandon the quest for moral purity and admit to human fallibility. If we cannot “eat” some of our shadow, it will eat us. Ignored it becomes a leech, and finally a monster, gorging on our life’s blood. It is a story we know well from the tabloids – the minister who veighs against greed from the pulpit, then is caught fleecing his flock; the senator who sponsors bills to legislate others’ morality, then is exposed in a tawdry tryst. Denied, the shadow becomes ever more deformed, growing in power, projected irrationally upon others, while its host becomes anemic, a pale reflection of full human potential.

We usually allow ourselves only the most narrow range of options for dealing with our shadow material. We may try to hide it from those around us; diminish it through mockery, deny to ourselves that it even exists; determine, futilely, to battle it to the death; try to outrun it by speeding through life, hoping it will never catch up (though it remains firmly attached to our feet). Ironically, all it may take to come to terms with the shadow is an unprejudiced gaze. We may see, to our surprise, it is not the pure evil we thought it was. The closer we look, the more its seams show and, through them, glimpses of something quite human, merely costumed as a devil.

…In the Tibetan chod ritual, the practitioner conjures up the most terrible demons he can imagine and symbolically offers them his body – limbs, head, and bloody heart – to free himself from dualistic illusions of good and bad, self and other. We may not wish to go that far. But there is always something we can offer our unappeased demons – if not a hand, perhaps just the tip of a pinky – to see what happens. The psychologist Robert Johnson advisises a brief ritual enactment, since the unconscious can scarcely distinguish between real acts and symbolic ones – drawing, dancing, sculpting, or writing a story to acknowledge the shadow; burning something or burying it. He calls this technique “shadow upkeep.” He describes how, when he complained of chronic exhaustion before his lectures, a friend gave him some odd advice: He should go into a private room just before his talk, wad up a dampened towel, and hurl it with all his might at the floor, letting out a shout. Even this small act of deference to his shadow, Johnson said, worked a minor miracle: “When I walked out to the lecture platform, there was fire in my eyes. I had energy and stamina and voice. I did a courteous, well-structured lecture. The shadow backed me, but did not overwhelm me.”

When the shadow approaches us, we usually respond with dismay. We treat it as a derelict demanding a handout, a murderer chasing us down the street, a thief in our house – it wants something from us, maybe even our life. In fact, it is we who need to take something from it; it is because we need it that it comes to us, in ruthless compassion, to be reclaimed. When we feed our demons a little food, we may find that something very peculiar happens – they stop trying to devour us. They may be satiated when we simply acknowledge their existence – and thus, implicitly, our own, for we are nourishing our own soul.