For any of you fellow tattoo aficionados, souls who’ve enjoyed the sacred peeks into the world of tattoos, or are simply curious about this subject and learning more, you may find this to be an interesting article. My amazing friend, Mari, brought it to my attention and I thought it was a complimentary accompaniment to both this past blog article I shared, Sacred Tattoos ~ Personal Portals to Genetic Rewiring, and to my book Spiritual Skin.

Here’s the article link, below, written by Christopher D. Lynn that explores possible connection to a boost in one’s immune system from extensive time under the needle.

“Regular exercise provides immune function benefits through repetition, not necessarily single visits to the gym. We think this is similar to how each tattoo seems to prepare the body for vigilance.”

What Tattoos Really Do To Our Bodies’ Immune Systems

I’m no doctor, nor am I advocating you run out to get a tattoo for your health. Articles and information like this are merely for exploration and the sake of curiosity.

I do happen to have nearly half of my body covered in tattoos and don’t ever get sick. Whether or not that is tied to this is in any way is not conclusive, as I have always had a strong immune system. However, tattoos have definitely been personally transformative on many levels for me, including allowing me to integrate shadow energy in a very profound way.

Ask Astrid Fridays ~ The Rabbit’s Corner: Even Stillness has a Song 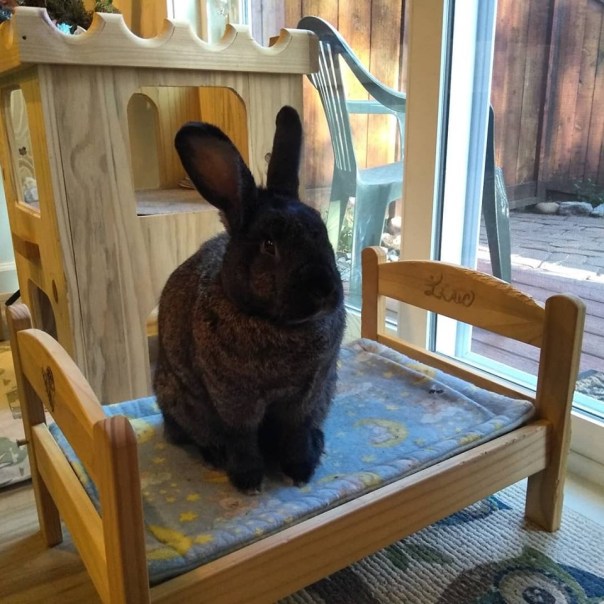 Astrid may be virtually voiceless in the way we think of voice to express itself, but she is highly attuned to sound vibrations and the smallest of energetic nuances that are composed in every second around us. She does, however, know how to grunt and thump quite well, which to me is musical and lyrical in its own respect. As silent as she may seem compared to other animal companions like dogs, cats, and birds, she actually teaches me the most about sound and voice – that vibration and frequency are at the heart of the matter – and that song is still present even in stillness.

There is resonance that radiates from our innermost nature, or essence, and while she may not make sound in the way we define this, she in fact not only is, but prompts me more deeply to listen and compose from my cosmic core.

Some have referred to this as immanence: an inherent divine presence/transcendent – without limits of possible experience or knowledge.

I feel this translates both audibly and inaudibly, but simultaneously felt.

She does have a song, but it’s heard with the ear of your heart.

I love the photo above, which I captured of her in one of her extremely long, still, statue-like times when she doesn’t even seem real. Although she doesn’t move, her frequency is heard and felt musically in the heart.

I’m seeing sound and voice coming up a lot in sessions and again feeling a resurgence of my sound channeling, as a form of both moving energy and supporting integration/wholeness for self and others. A few clients found huge openings because of moving sound through them. It’s been incredible to observe.

And yesterday sound and song was reiterated, as I decided to sit on the bench in my enchanted garden to work on painting some items for the upcoming shop update.

The experience made me feel like Snow White, as song was all around me both in the audible and inaudible forms through birds and little furry woodland animals.

It was quite surreal and for two hours I was surrounded by so many little animals that came to be around my creative bubble.

There were a bunch of little chipmunks running around my feet, chasing each other and stopping right by me long enough to say hi and get my attention. Squirrels popping in and peeking through the plants. But it was the little birds – chickadee and nuthatch – that were really excited. 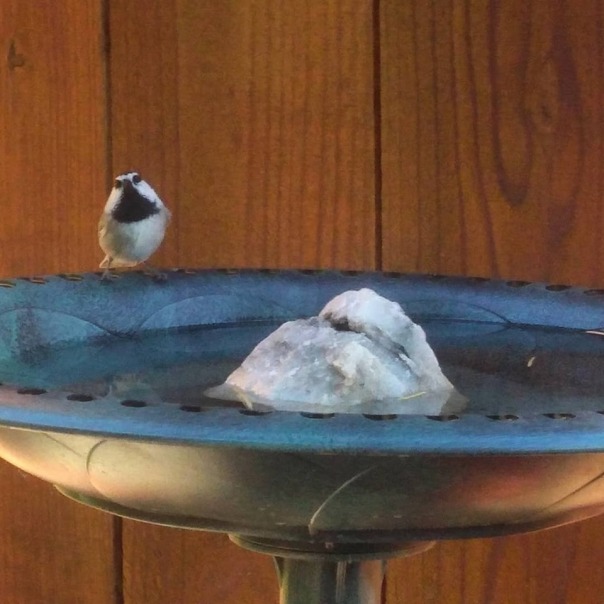 They kept singing and flying onto the bird bath just to say hi over and over. Pretending they wanted a drink (only occasionally actually taking one to follow through with their plan), but as I talked to them they just kept coming back. 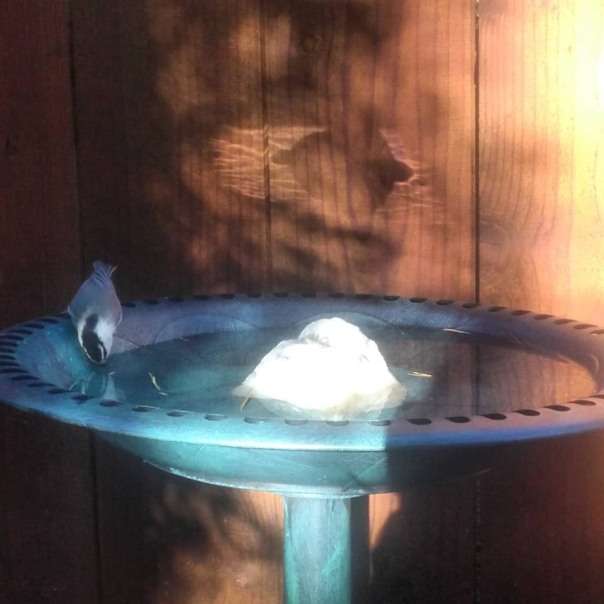 One literally tried to land on my shoulder, but I had just moved to pick up my paintbrush I dropped and so he brushed it instead.

It was the sweetest and created the reality I always feel of being in my own little special world. And when I saw the few photos I did capture when I stopped once for, it was very cool to see how the raw quartz in the bird bath created a shadow light effect that looks like a planet or space ship on the fence. It all did feel otherworldly ✨cosmic.

There were so many vibrations humming because of the song that I was composing by being in the vibration of my essence and creative expression.

And each animal reflected back to me in their own way, the frequency of sound I was emanating.

Much like Astrid emanates to me, despite no sound seeming to come through her.

It’s a dance of song at the most primordial of origins.

And so today’s post is simply a reminder of the power of sound, your voice, and ultimately your song.

To sing it and be it and to recognize, listen for, and be present with all the forms of song around you.

They speak an unspoken language that reflects alignment and at that heightened level of presence, natural flow, resonance, and synchronicity can reveal itself.

To celebrate this month – a fav of mine – packed full of special dates, I’m offering a 10% discount on individual and package phone sessions only through 10/31. I did fill this month with all I can manage, but you can take advantage of this special now for sessions beginning November or possibly mid to late October, dependent on what unfolds. October is full between what I already have on the table, guests coming, and a possible trip. If the trip doesn’t happen, I’ll have availability. Scheduling email sessions, however, are fine for this month. Anyway, if you want to take advantage of the discount, please contact me directly, as it’s not posted on the session page.

There will be a holiday Magick Rabbit Etsy Shop update likely next week some time between the 8th and 10th with sweet new items that will all be under $50.

Also, if you happen to be on Instagram, I’m doing an October Giveaway for this Whispers in the Woods mini rabbit garden starting today through Sunday, with recipient announced on Monday. Details are on the post there.

Welcome October! This months feels a bit energetically different to me and I also happen to love October, as there are a lot of personal, special dates in this month. Who else loves October?

I think you’ll find this month’s energy update from Lee to go well with yesterday’s blog post. It’s always uncanny how we all collectively tap into themes.

Lee shares about this month’s “clearing phase for bringing in what you want, saying no to overload to align with higher and more magickal frequencies, explosive energy and surprises, and compassion beyond division.”