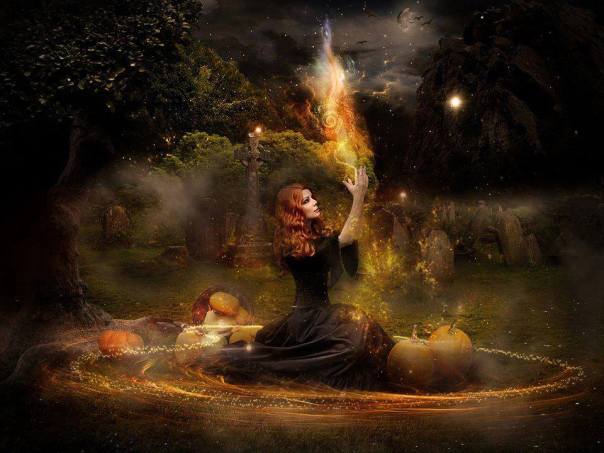 “I was born on the night of Samhain, when the barrier between the worlds is whisper-thin and when magic, old magic, sings its heady and sweet song to anyone who cares to hear it.” ~Carolyn MacCullough

May you be as One with Nature’s Rhythms, embrace The Great Mystery, and in Sacred Union with Spirit.

In full agreement with Laura’s thoughts and I always smile, too, when information experienced and believed, receives support and substantiations from physicists. Some interesting information to digest – don’t forget to check out the videos for further explanation.

Nice when physics begins to catch up with metaphysics! In case anyone wonders … yes, in my experience, the Faery Realm, the Ancestors, past lives, alternate realities and more exist in the “spaces between.” Cutting edge science continues to confirm the power of what mystics, prophets, “primitive” civilizations, and seers have known all along.

1. The electric atom/molecule level: Substances on this level can be measured with traditional instruments. We can measure them because they are electric-charge based.

2. The magnetic information waves level: Tiller explains in an introduction to his research…