Wake Up World ~ New Moon in Scorpio — The Resurrection of Desire

This is a fantastic and thorough article on today’s New Moon in Scorpio energies by Simon Vorster. Thank you Laura for sharing it.

“we will need to confront the inner core vibration of who we are. We have to dig deep, to the soul level….to the dark inner landscape”

“total security can only be found from within”

“It is time now to establish that personal, inner authority in the world. This is key to actualizing our desires and becoming awake to them. With this knowledge we are able to make choices to move away from, and stop supporting, these outdated structures one step at a time.”

we are on an “inward journey back home”

“we are powerful beyond measure”

“we are the Universe expressed in human form”

Read on to get the full story and how you can harness this potent energy.

Wake Up World ~ New Moon in Scorpio — The Resurrection of Desire Contributing Writer for Wake Up World

After conquering the wasted lands, the quest of the warrior again commands that we march into a world unknown – the wilderness we call our home.

We are entering Hades’ lair. Don’t be afraid! The new lunar cycle in Scorpio brings with it a powerful cosmic flush in which the process of total inner transmutation is available for us. In order for us to do so we will need to confront the inner core vibration of who we are. We have to dig deep, to the soul level.

Welcome to dark inner landscape of your own soul.

Understanding the Vibration of Scorpio & Pluto

The vibration of Scorpio is linked with evolution. In nature we observe it as the caterpillar’s metamorphosis into a butterfly – the…

I think it’s important to be aware of what’s going on energetically, to make sense of why you may be feeling the intensities that you are, and the sudden challenges, restlessness, and confusion you may be experiencing. TONS of shifts and transitions are happening, Sun flares, Mercury Retrograde, intense New Moon Solar Eclipse, you name it….Do your best to nurture yourself in all the ways you need right now and to be conscious of others and what they might be going through, even if you aren’t.

The sun is flaring faster than I can keep up! The expected strong one today happened around 45 min after my last post coming in at a M9 ranking which is the next one down from an X flare. It was followed by another M class a few hours later.

This week it has energetically felt like the Earth is a swaying ship riding some pretty mighty waves (so far 1 X class, 8 M class and some pretty high C class since Sunday). Everyone is holding onto the railings with that feeling of: “Woah, woah, here comes another one, woah another one up ahead, hold on everyone!”

This month’s astrological insights, as to the energetic environment abound and how you can use it constructively – includes October 8th’s Aries Full Moon Total Lunar Eclipse. Thanks Flash Silvermoon and Laura Bruno for sharing. 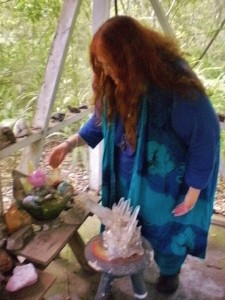 Fasten your seat belts folks because this month of October has all the bells and whistles that can really make life interesting if not challenging! I know that the last 3 months have not exactly been a piece of cake for anybody so cut a piece of whatever cake makes you feel good, be it gluten or sugar free or a thick piece of rich dark chocolate. Now take some good bites and read on. Chocolate always makes the news feel better. Last month I spoke of massive saber rattling and the rising of the women and I do believe that we saw both manifest in a big way. This month both of those energies will be even stronger.

Have you noticed that THE CONVERSATION has been about Domestic Violence and violence against women? From the NFL to Washington to…